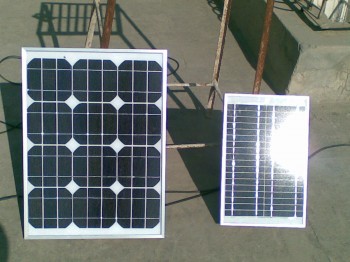 Solar panels offer a clean and economical source of energy, which benefit not only individuals investing in them but also the environment. This is because solar panels harness the natural energy of the sun and hence do not have costs of resources involved.

Moreover, they do not cause any kind of environmental hazards which are often seen while using other forms of energy such as coal, electricity, thermal power, nuclear energy etc. One concern that people investing in solar panels could have however, is how sustainable is it as a form of energy in places which are cloudy, or during cloudy seasons.

Cloud cover could affect the availability or intensity of the sun’s rays, especially during specific seasons and in certain parts of the world. Since solar panels produce energy based on the level of light they receive, they will produce power at maximum capacity when the sunlight is bright.

During cloudy seasons, the level of light is reduced and hence though the solar panel will not shut off production of power, the power produced will be diminished. In situations where the cloud cover allows the formation of shadows, the solar panel’s power production could be at about half of the full capacity.

Needless to say, if the cloud cover is very heavy or thick, the operations of a solar panel will be further diminished and could produce very little power. In places which are consistently cloudy throughout the year, solar panels may not be an intelligent solution as they will not work. The good news however, is that cloud cover can actually be beneficial for production of solar power.

Surprising as it may seem, the maximum output of power from solar panels is actually when there is cloud cover which is optimal. This enables power production which can be as high as fifty percent higher than that on a cloudless day.

What one needs to keep in mind however, are a couple of simple tips to harness solar energy to the best extent possible:

1. Have a sufficient battery system which can maximise the stored power on days when clouds enhance the light hitting the panels. Also the controller should have enough headroom over the rated panel output power so as to take care of the power surges in such cases.

2. Position the solar panels at a tilt towards the easterly direction on days of clear mornings and cloudy afternoons A good example which proves without a doubt that even cloudy places can harness solar power, is that of Germany, which despite being a cloudy country has done a fabulous job in harnessing solar energy effectively.

Germany has Europe’s most modern solar housing project where there are fifty solar houses that produce more energy than they use. The results have been so outstanding that the excess power can actually be sold back to the main grid.

So except in places which are consistently cloudy, and where solar panels would not be beneficial, this form of energy generation is a useful futuristic and proactive way to generate power the world over.