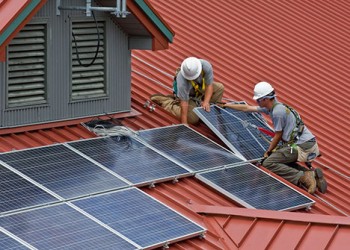 Many people consider the use of solar energy, the widely known clean energy is of recent origin. However, the solar panels were utilized to generate electricity in the 1920s to heat water instead of using costly conventional electrical heating systems.

Renewable Energy from Past to Present

When fossil-fuels were discovered, the use of solar energy was discontinued giving way to the more affordable and dependable fossil-fuels at that time. However, these petroleum products had an adverse effect on the environment causing pollution due to emission of harmful gases and added to that their levels also started depleting.

These factors contributed to the resurrection of renewable energy resources. Currently, solar power plants, wind farms and solar thermal plants are extensively utilized to provide energy to the whole towns and cities. The population using alternative sources of energy has cropped up all over the world with Canada taking the lead as the first country to take pride in having an entire community utilizing only solar power.

Apart from this, the technology is rapidly changing and with that the term, ‘renewable energy’ is being redefined.

The Future of Renewable Energy

Renewable energy is generated when natural resources such as wind, water and sunlight are harnessed though propulsion. However, the movements of humans are also being regarded as clean energy resources. For example, New Energy Technologies is at present carrying out tests to generate kinetic energy from ‘speed bumps’.

The ‘bumps’ are in fact a reverse of the classic ‘motion inhibitors’. These flat panels dip a little into the ground when a car passes over it. The difference in height between the road and the dropped panel causes the bumps.

During the course of a month, this figure touches 60,000 kilowatts. This is sufficient electric power to cater to 60 homes on an average for the whole month. 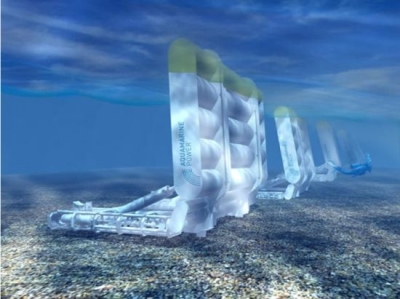 This method of generating kinetic energy is not restricted to speed bumps alone. Israel is testing the roadways that generate small amounts of electricity as cars pass over the specific roadway surface. The amount of energy generated is only 400 kilowatts per kilometer (0.6 mile). Although this does not appear to be a significant amount of energy, if the whole of the interstate system of the US were to be utilized to generate kinetic energy, the 75,000 km stretch of the roadways generate 30,000,000 kilowatt of energy.

This undoubtedly is another unique definition of renewable energy. The new concept of treating kinetic energy as a renewable energy is gaining ground all over the world, with Tokyo is installing flooring that harvests power from the visitors who visit subways daily.

Dance clubs are making use of the energy generated from the movements on the floor to produce electricity. Even asphalt is being regarded as the major material for garnering thermal energy in desert climates when roadways can reach very scorching temperatures. There are plenty of sources for supplying new and unique renewable energy solutions to assist us in the transitional phase to shift to more long-lasting and environmentally friendly energy sources.

Even at present, there are numerous new technologies that can facilitate heating the houses, recharge our batteries and illuminate the entire backyard using ‘green’ energy sources.