What You Ought To Know About Renewable Energy Certificate

What You Ought To Know About Renewable Energy Certificate 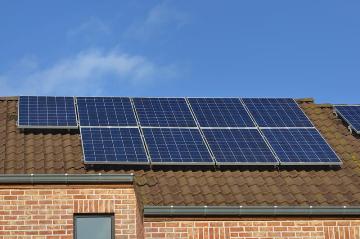 Solar energy is conversion of sunlight into electricity using photo voltaic (PV) cells. Solar power systems have become very popular because they are not only cheaper source and renewable form of energy but also pollution-free unlike conventional energy generated utilizing petroleum products.

The certificate issued is known as Renewable Energy Certificate (SREC). This certificate is issued for every 1000 kilowatts of solar power generated and it can be sold like a stock certificate to receive additional income. An accretion of credits can fetch handsome income when sold like common stocks.

However, for this one has to locate a market trading in energy credits. As many people may not have knowledge about it, it is better to seek the assistance of a qualified solar energy consultant who will be able to guide properly in this matter.

For instance, a dependable consultant can suggest an aggregator who pools up many individual certificates in order to evenly distribute the costs involved in selling SRECs directly. The demand for credits is decided by the Renewable Portfolio Standard (RPS), which is legislation meant for power generation companies to generate ‘green’ or pollution-free energy.

In addition, one can trade renewable energy credits through open markets, auctions and long-term contracts. More number of providers of solar energy from systems installed at their residences means more competition. Just like any consumable items, the forces of demand and supply play a major role in influencing every solar energy project.

Spot market is another source from where one can generate good income from the investment in solar projects. This alternative yields high returns compared to long-term contracts because in this option the purchaser takes considerable risk.

Long-term contracts are much better than spot selling in a period of high prices. There are some states such as New Jersey where one can gain from SREC sales. This state takes pride in the largest solar credit sales. This New Jersey energy scheme contributes to the financial growth of people using pollution-free solar energy.

With ‘solar energy for all’ campaign, many people are gradually shifting to this form of energy. The new energy commodity markets are meant to find a price that will establish a balance between installations of solar systems and meeting the demand as fixed by the RPS.

An aggregator is also useful because they can locate a market on behalf of the client in other states where prices are not that lower. Electricity suppliers depend on home owners for not only the largest solar credits but also smaller systems to complement their generation. If someone’s solar system generates more number of kilo- watts of energy, the credits of that person will be in great demand because these electricity suppliers need to deal with only a few people.

This arrangement yields more revenues because one can deal directly with power producers. With income generated from solar energy, one can invest in remodeling or install new systems on vacant land to step up generation of solar energy generation.

From the above, I can be seen that there is no fixed pricing in solar for a solar energy plan. The pricing is affected by a state’ solar Alternative Compliance payment (SACP), the period over which the credits are sold, which naturally affects supply and demand curve in that particular state where trading takes place.

The solar energy is therefore very advantageous for both individuals and small firms. To sum up, it is better to look for feasible markets to trade credits depending upon the market conditions in each state.