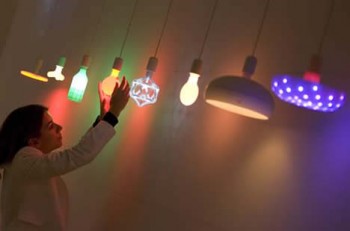 “Energy saving” is now the latest catchphrase for variety of reasons. Firstly, a wide range of energy saving devices is flooding the markets and the importance of reducing energy usage at home has become a top priority, thanks to the massive energy conservation campaign.

There is no doubt that cutting down on electricity bills is very vital for household budget. However, what really made it a burning theme in the 21st century is the relationship between energy saving and environmental protection. The emission of harmful gases, global warming and the resulting climate change are affecting not only the environment but also everyone’s life.

Energy consumption is one significant type of carbon dioxide emission, which is mainly responsible for global warming. Ecological concerns to ensure that no further damage is caused to the environment is not limited just to one specific government, but to the whole world. That is why the control on carbon emissions and broad support to ‘going green’ campaign are incorporated in the programs launched by the government of the United Kingdom and United States.

Replacing conventional lights with LED lights or energy-saving lighting is a simple and inexpensive method of saving a major percentage of electricity both at home and in business premises. This comparatively new type of lighting has transformed entire system of illumination all over the world.

As this technology is still being developed, though at fast pace, in the meantime, replacement bulbs for various conventional lighting are still available. LED lighting is based on new technology as well as new type of lighting, such as the strip lights or single LEDs for signal lighting.

Several well-known names in LED lighting, such as CREE or Philips have already introduced real replacements of traditional incandescent lights, with long-lasting energy saving lights of only 10 -12 W. Apart from this, even more extensive range of LED lights that emit a narrower beam of light or more directional lighting than the conventional lights have been launched.

Although the illumination in this type of light is not as bright as a normal incandescent bulb, price-wise, it is much more economical than normal bulb. Even the brighter LED lights will save around 60% of the household electricity bill and with several technological improvements in offing; the savings might even increase up to 90%.

These appliances are categorized into several energy groups and the superior ones are at present rated at A+++. While these appliances will certainly reduce energy consumption, the latest version of equipment like washing machines that utilize water will consume less water as well. It is high time the persons still using old washing machines replace their machines with latest models of energy saving washing machines and see the difference they make in energy bills and water consumption.

Energy consumption can also be reduced by using these machines less number of hours, besides turning off lights as much as possible. In case of normal compact light bulbs, several switches are required to be turned on and off and are time- consuming as one has to wait for a little while to see them fully bright, besides being uneconomical. On the other hand, LED lights will light up instantly fully bright.

You need not make any major changes to shift from normal lighting to LED lights and from old appliances to new ones; but considering the enormous savings these changes bring, it is worth it. Nevertheless, anyone can implement the changes at home step by step.