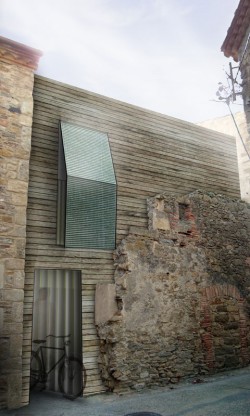 Though home solar power has been there for quite some time but so far it was used for different purposes. Due to invention of the conventional electricity about a century ago, the solar power system lost its popularity.

The conventional electricity became more popular and was used as the major source of energy in the homes. But now once the technology of solar power has advanced, the solar power once again has come to lime light.

It might be quite possible that our forefathers did not have the right word for energy production, but it has been proved beyond doubt that they used solar energy to the fullest advantage. The architecture of the buildings in those days were so much advanced that the use of overhangs and insulation and the position of the structure was directly facing the Sun.

Every care was taken not to block the airflow and the light and ensured that the entire structure is well ventilated. The people used to build their homes in such manner that their lives were closely predisposed by sunlight. It has been seen that the architecture lay outs of buildings in ancient Greece and China were directly facing towards the direction where sunlight was available in abundance.

Presently when the production cost of the conventional electricity is raising with the result our energy bills have also seen an increase. This is the reason that why most home owners are looking for alternative source like solar power in their homes.

The present day technology of solar cells is based on 1950 module, with the improvement of technology the production level and the modern design and styles have improved considerably.

Today we do not require large spaces to be utilized for the installation of solar panels as these panels are small and compact. The production of energy from the solar power is quite expensive as the equipment is made from the material which should be durable and these materials are rare.

The solar cells are bound in such a way to make solar panels. These panels are kept on the roof tops, backyards or any other open space where sunlight is available for most of the time during the day.

Normally solar panels are fixed facing south, so that it gets maximum sunlight, one can also fix a tracking system to track the direction of the Sun. These panels when exposed to sunlight, the electrons in the panels speed up which in turn generates electricity.

Home solar panels have pumps which store the excess energy so that the same can be used during evenings and nights. Normally it has been seen that the solar power meets the 80% demand of a household, people may still have to use conventional energy to fulfill the short fall of 20%.

But in any case meeting a demand of 80% seems quite substantial, imagine that you are saving 80% of your energy bills and also protected the environment. Presently with every passing day, the technology is being improved; soon our 100% requirements can be fulfilled by the solar power house.