What You Ought To Know About Motion Sensor Lights

What You Ought To Know About Motion Sensor Lights 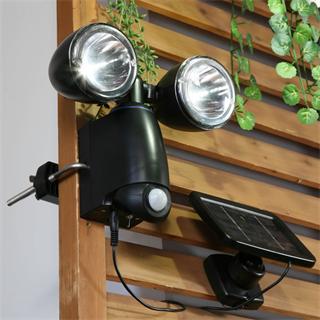 Motion lights are very helpful in that they will light up if an intruder gets too close, catching them off guard, and hopefully scaring them off, while also alerting the homeowner that something is near. Motion sensor lights can be used practically anywhere; but how do they work?

They detect changes in the atmosphere, and immediately illuminate to alert. There are currently two types of motion lights; Active sensors and passive sensors. An active sensor emits sound waves to identify if there is any movement going on within its vicinity, and then reacts based on that.

They are mostly found in entry doorways of commercial buildings. They are placed opposite of optical detectors, and when the connection is disrupted, it triggers an alarm to set off.

Passive sensors simply detect changes in heat, and will blink anywhere from thirty seconds to ten minutes. They have mostly been used for outdoor situations. The options go even further when deciding between LED lights and incandescent motion sensors, both of which are pretty affordable. They are very useful for people who may be out late at night without any other source of light.

People living in high crime areas, or secluded locations will feel very relieved to have some peace of mind that is given by having these lights. Any intrusion caused by a burglar will be stopped in its tracks, and let you become aware of the impending attack.

Another very positive thing about these lights is that they do not simply burn continuously, which is a wonderful utilization of electricity. Motion sensor lights are very safe and economical to have. The benefits of owning one far outweigh the negatives, which are very few and far between.

Anybody who has owned one of these magical lights can vouch for how secure and safe they are. Using them will increase the safety of your house by over 20%.

For the price of a few of these units, it’s hard to imagine people not owning any, as the cost is next to nothing. One thing is for sure, the motion light gadget industry is improving every year, with wider ranges, stronger signals, and even quicker reaction time. There is literally no reason not to own one.

I personally own seven of them, two of which are in the front yard, and I can say that I have never felt safer when home alone, or even leaving the house unattended for a few days. I will continue to use and enjoy my motion lights, as they will provide me with years of comfort and reliability. There is only one question to ask yourself, why don’t you own any?